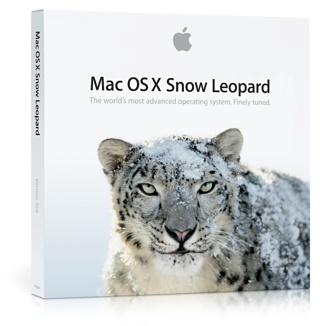 On August 28th, Apple released the long-awaited upgrade to Mac OS X 10.5 — Snow Leopard. Honestly, I was expecting to notice major visual changes, but I was still glad with the subtle changes that Apple added. The first change I noticed beside a different desktop background was the free space I got back on my hard drive, an entire 13GB of space. When using memory-hogging apps like Adobe Creative Suite apps I have noticed they are speedier with Snow Leopard. One of the more noticeable changes made to the user interface was the layout of several panes in System Preferences. I will be touching on that as well as many other features in Snow Leopard that are worth checking out.

For a long time, TextExpander used to be (and still is) one of the best apps for expanding user-created “snippets”. Now, Snow Leopard can do that within all your apps.

In previous version of Mac OS X, QuickTime Player was very limited in (editing) capabilities  unless you owned QuickTime Pro. In Snow Leopard, Apple combined the powers of QuickTime Pro into QuickTime X, so now there’s no need to buy a “pro” version.

Aside from audio recording, two of the best screen-recording tools for podcasters are  iShowU HD Pro and SnapZ Pro X. Both are very affordable apps which record user-actions on Mac OS X, which is especially handy for teaching Photoshop tutorials. Another great feature that came with QuickTime X in Snow Leopard is the ability to do screen recording.

One of the great features in Adobe Acrobat Pro is the ability to annotate (comment, markup, circle, highlight) PDF documents. Although, there are many other features (like creating forms) in Acrobat that are useful for PDFs, it’s not really fair to compare it to Preview. Nonetheless, for those who don’t have Acrobat Pro or don’t want to buy it, Preview has become quite powerful especially with the new Annotate toolbar added in Snow Leopard.

Being a photographer, I often find myself having to readjust image sizes for web content (72 DPI) or for printing purposes (300 DPI). Typically, I use Photoshop for any type of image resizing because it resizes images correctly. Thankfully, I have one less need for using Photoshop now, because Preview now has the ability to adjust image sizes in Snow Leopard (I just noticed this feature, it’s been in Preview before Snow Leopard—woops).

One of the smallest features by far in this list would have to be this, the “Open and Close Window” feature in Finder. For those users who are constantly faced with using multiple applications at one time, you know how annoying another window on your screen can be. Well now, Apple finally gave us the option to open a file in Finder then close that Finder window after the file has been opened.

One of the least noticeable features in any version of Mac OS X, was the Services menu. I wrote a tutorial a while back on it for Mac OS X 10.4 Tiger, when you could use the Speech service and Summarize service. Now, most of those same Services are there, but the trick is enabling them all so you can actually use them.

With the new version of TextEdit in Snow Leopard, a lot of useful features have been added to make it a better word processor app. In earlier versions of TextEdit, there was no automatic spell checking, text substitutions, grammar checking, or even text transforming. Now all those are included.

Record Audio On Your Mac With Audacity